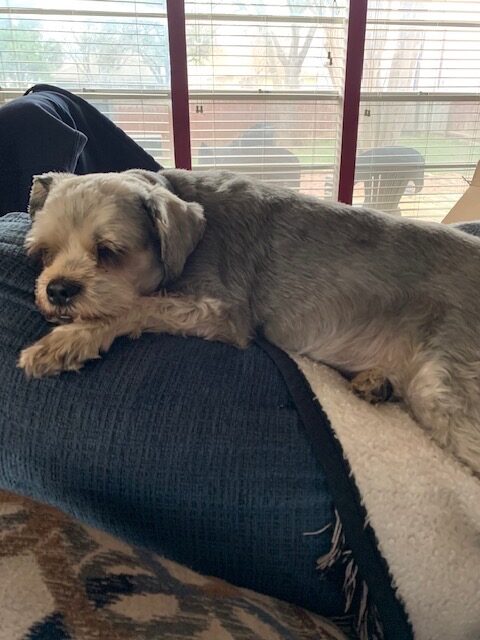 Bootsie Layman passed away yesterday after a brief illness. He was born February 14 2010 and passed away September 23rd 2022. He was 12 years old.
Bootsie was adopted by the Layman family during the summer of 2010, after he was hit by a car in San Marcos, TX. He loved going on walks to Raintree Park and Comanche Lookout Park, where he was able to see many dog and human friends. He also enjoyed seeing the neighborhood cats and going on walks with them. He had a huge heart and would greet everyone with a wagging tail and many kisses. He loved Milk Bones.He is survived by his Layman family (Dennis, Maria his mommy, Tatiana [Chris], Tyler), his dog-brother (Vanek), cat-brother (Mason), cat-sister (Maggie) and dog-cousin (Luna). He is pre-deceased by his dog-sister (Sheena) and cat-brother (Kayak). He is missed everyday.