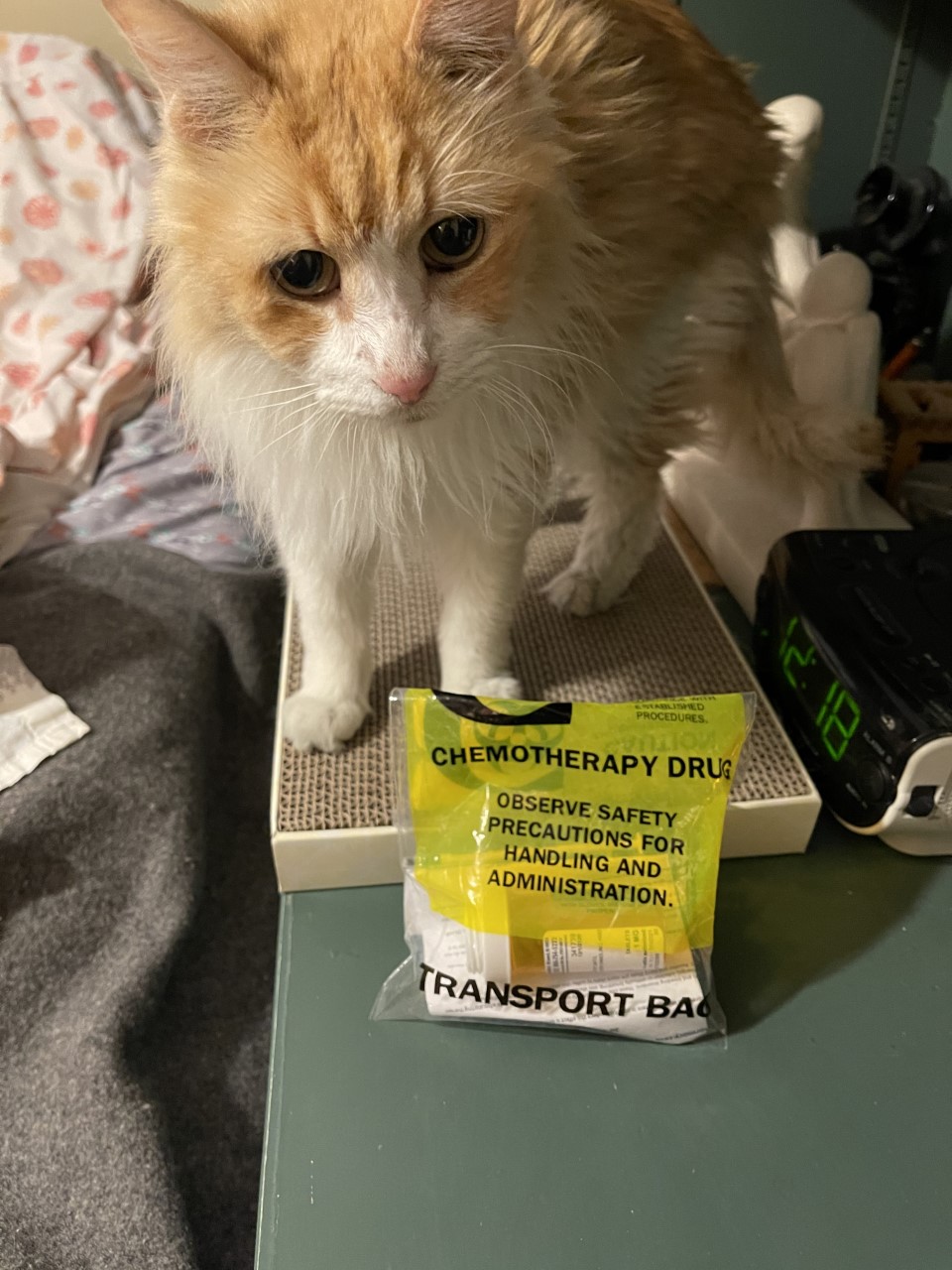 Bravo was a rescue cat from Houston, Tx, whom my brother ,Rey, rescued 151/2 years ago from his apartment complex.Bravo was only a kitten whom survived by eating scraps from the apartment dumpsterMy brother, Rey, said that what surprised him about Bravo was that he would meow but no sound, but when Bravo got fed, he would meow really loudAlso, what my brother liked about Bravo is that he would raised his paw to his head as if he was salutingMy brother, Rey, adopted him and took him into his apartment given a title of “Psycho Kitty” since Bravo would run like crazy for no reason at allWe, my brothers and myself  also liked to called him “Bravichimo”.Unfortunately, my Rey couldn’t keep him due to his  military work, so I became his cat mom. So Bravo moved to San AntonioWhen was turned 14years old, he developed two types of cancer- lymphoma and sarcoma. Bravo had major surgery to remove the sarcoma tumor along with 6 inches of intestines. He started chemo for his cancers.Bravo did well for the next two years until he developed sarcoma tumors which destroyed his liver and other vital organsHe was admitted to the hospital for not eating, when he went into cardiac arrest. The emergency doctors tried CPR with no success. Bravo joined his furry roommates whom have gone before him in paw’s heavenBravo is survived by his cat mom, Nora. Also his uncles,Rey(Elda),Joe and his furry roommates whom are still with us , Tango and Sierra.Bravo is “true warrior “ who battled all these cancers. He will never be forgotten.