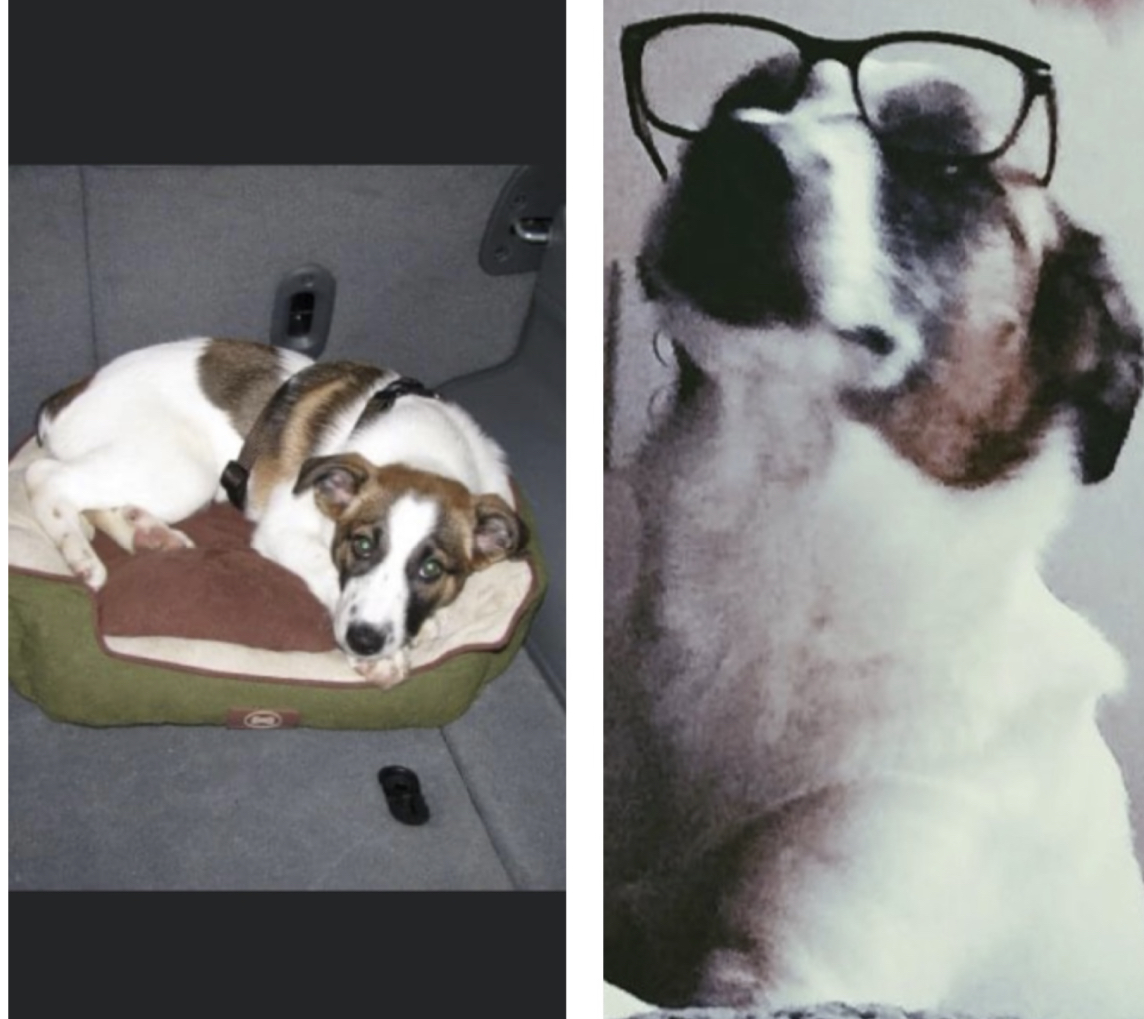 El Paso The Great Martinez made the transition to Dog Heaven on January 19th, 2023.
El Paso was our very first family dog. After Papa joined the Navy, he promised JoJo a dog as his traveling companion. Once we arrived at our first duty station in Lemoore California we drove to the pet shelter in Fresno California. We saw this sweet Boarder Aussie curled up in a corner with these beautiful chestnut eyes. JoJo knew immediately that was his new best friend. We walked him around, played with him and soon he was in the back seat of our Jeep. We did know that would be one of many jeep rides in the backseat with JoJo and Lybbi up and down the West Coast.
Throughout the years he was there for everything JoJo’s first day of school, Papa’s deployments, and homecomings. JoJo’s many birthdays and playdates. More importantly he was there for Mama and JoJo’s comfort when Papa was gone. He was a great guard dog. He sometimes took the guard dog thing too serious. In China Lake when he was about 2 years old, when we were told our neighbors feared him and we needed to get rid of him. We all cried as we dropped him off at a nearby shelter. Not even two hours later we received a phone call from the Command Master Chief letting us know we could go pick El Paso back up. There were special orders that he was allowed back into base housing. So we did just that and life went back to normal. Back to normal meant playing with JoJo in the back yard, letting Lybbi lay on him and chasing jack rabbits in the Mojave Dessert.
El Paso had a few special characteristics about him. The most memorable one was that he often walked backwards. We chuckled as felt like he needed a beeping signal like dump trucks. He had a nub for a tail. Unfortunately, his tails was cut off by his first owners. These were the same owners who threw him out of the back of a truck on a busy California Highway. He absolutely hated taking a bath but loved to chew on ice! He loved girls’ butts and would nip at them from time to time! It was a friendly nip of course. His most amazing characteristic was making a really bad day feel bright no matter what we were going through. He got each and every one of us through some dark days by just simply loving us. We don’t deserve dogs as humans, we are just fortunate that they are given to us as Gods creatures to be our loyal companions and El Paso was just that!
In his last few months here, he loved to sit in JoJo’s classic car as he tinkered with it. He will always be riding shot gun with him. He is now free from any sickness and healthy once more in Dog Heaven. He is chasing all the Jack Rabbits, squirrels, and birds he wants. We will miss him, but he will forever live on in our hearts.